Japan is a country

Japan is a country where you will see things that are generally said to be somewhat inadvisable in other places, such as people sleeping in trains with their belongings in the open. While Japan is seen as “a safe and secure country,” it still has had incidents that make people question its safety. We decided to compare the facts and figures of other countries to truly find out whether Japan is as safe as it seems. Please look at the table below. This table represents the number of homicide cases in recent years per 100,000 people divided between 221 countries and regions all over the world. El Salvador, in Central America, had the highest rate of homicide with over 108 cases, which is incredibly high when compared with other countries. There were approximately 27 cases in Brazil, which hosted the Olympic Games in 2016, where it was noted there were problems with security. America had 4.88 cases which is attributed to the poor gun regulations in the country. There were 0.92 cases in Britain, which is considered a peaceful country in Europe, with South Korea, China, and Taiwan all around the neighborhood of 0.8 cases. Japan sits even lower with their number at 0.31. As Japan is #197, it demonstrates that the country is one with very few homicides. Let’s consider crimes other than murder, beginning with cases of theft dealing with travelers from foreign countries. The table below is also based on the number of incidences per 100,000 people, but record the number of theft crimes which do not involve any form of bodily harm such as pickpocketing and luggage theft. Japan had a recorded 356.2 cases, with 531.65 cases in neighboring South Korea. Both of these figures are still low when compared to the 1773.40 cases in the United States or the 2208.58 cases in England and Wales. When considering cases of violent robbery, America had a recorded 101.74 cases, England and Wales had 87.52, with Japan at 2.41. This clearly shows that cases of robbery in Japan are significantly lower than that of other countries. 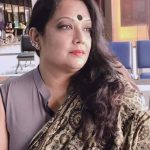 Ruksana Rahman born on 6th February 1978. She was completed her post-graduation in psychology from Jagannath University, Bangladesh.